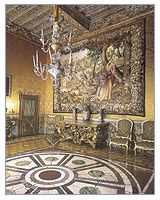 Our space and time are not real, tangible entities.

It is we who give life and meaning to their tyrannical dimensions, confirming and adapting them to our pleasure. From this point of view, the cognition of time, interpreted as a realisation that it never stands
still, is indispensable because it conditions our awareness of objects, their uses and their physical reality.
This cognition or total awareness of an “existential substance” manifests itself inside of us, when
an object is ‘digested’ within us. Along with its shape, function and the material it is made of.

When all of this is metabolised, the object, in this case, becomes part of our experience, our knowledge at its deepest level – something that is not possible if the object, per se, is, so to say, new in all its aspects – not only because it is innovative, but also because it manifest its perishableness.

Almost all artificial materials, for example, including their surface treatments, lead to an early death of the objects they compromise. Marble, a natural material par excellence, whether in tiles or on a floor or on a wall or worktops, usually acquires, as it ages, a value that is far superior to what it had when it was new.
A man made artificial surface, on the other hand even when it is made to scientific precision, and with a surface that has the ultimate polish, will not allow the slightest defect to creep in.
A tiny scratch will ruin a lacquered table. Modern materials do not age gracefully. They are made to last for the brief span of youth. As soon as a wrinkle appears, we throw them away, unable to accept their new ageing status. Natural material like marble, when it grows old, can improve with age, creates a sense of belonging, of having been lived with. It can be more beautiful than when new.
Almost everything that surrounds us, in terms of production, represents the exact opposite of the route we should have taken over the past few decades, when we were consumed by a thirst for the new and a desire to throw away the past. But although ageing gracefully, even these natural materials like marble, when used are eventually deemed to die, inevitably coming to the end of their life span. So we must see that they die a ‘decent death’.

A decent death for an object has to do with their many – faceted ability to side – step ending up on the city dump and to embark on a new life.
But the recycling of an object, as we all know, can be done only if it is made of homogenous materials that can be easily be broken up.
It can subsequently form part of the life of other objects, thus rediscovering that natural circular quality of existence that has always been typical of nature in general and also, obviously of man.
Thus, if an object, anything from a spoon to a city, manages to possess these characteristics, we may feel a deeper awareness and coherence with the world because of it.
The structural disassociation of the ‘man-object’ relationship, which you find everywhere in the world-a world that has been mechanised and computerised to its outer limits of technical and digitised progress – largely derives from the lack of natural relationship with objects and their uses.
If an object succeeds in communicating a sense of the passage of time, even for the span of a brief existence, it is more likely to be perceived as a sensitive object, belonging, therefore to our more sense – oriented experience.

In the end we will have a richer life if we surround ourselves with natural materials like marble its only natural.